Skip to content
Casual connection. What is the risk of a genital infection?

The best defense against diseases that arise “because of love” is true love and loyalty to your partner. Unfortunately, it is difficult to find your soul mate in our vast world. And getting STIs (sexually transmitted infections) is easy enough.

Why are STIs easily spread?

The fact is that against the background of the widespread use of antibiotics and anti-inflammatory drugs, the symptoms of any genital infection can be blurred. That is, a person can be sure that he is healthy, but in fact be a carrier of chlamydia and infect his sexual partner with this infection. How to regain your peace of mind if there have been changes in your life or you think you might have encountered sexually transmitted infections? Of course, there is only one way – to be examined in a timely and efficient manner.

When is it time to get tested after suspicious contact?

If there are symptoms of discomfort, then it’s time to be examined. If there are no alarming symptoms, it is better to wait a couple of weeks. The fact is that the sensitivity of analyzes in the first days after infection is very low. But if the symptoms have already arisen, it certainly does not make sense to postpone the tests.

What tests do I need to take if there is a suspicion of a sexually transmitted infection?

First of all, you need to be examined for chlamydia (cause chlamydia), gonococcus (the culprit of gonorrhea), mycoplasma genitalia (causes mycoplasma infection) and Trichomonas (the cause of trichomoniasis). These are the four most common pathogens of genital infections. The symptoms of these diseases are similar and if they are detected, it is imperative to be treated, because their consequences can be very serious. For the analysis, a urogenital scraping is taken (in men from the urethra, in women – vaginal), the analysis must be done by the PCR method, this method is the most accurate and sensitive in this case.

Why are venereal diseases dangerous?

Chlamydiae most often cause urogenital chlamydia, which affects the genitourinary tract. Both men and women suffer from it, but in women this infection is diagnosed more often, possibly because women are more attentive to their health. Among the many complications, the best known are endometritis and infertility in women and epididymitis in men, as well as reactive arthritis and conjunctivitis in people of both sexes. Chlamydia is most dangerous for pregnant women, as it leads to miscarriages, prematurity or fetal death.

Another common sexually transmitted disease is gonorrhea (gonococcal infection). Chronic gonorrhea is dangerous with lesions of the bladder, kidneys, prostate and testicles in men, uterus and fallopian tubes in women.

The third infection – trichomoniasis – causes prostatitis, urethritis, damage to the seminal vesicles and epididymis in men. In women – urethritis, inflammation of the vagina and cervix.

Finally, mycoplasma causes pelvic inflammatory disease, urethritis, and other diseases. Not to mention the fact that all four of these infections can make it difficult for pregnancy and its onset.

How long does it usually take from infection to symptoms of STIs? 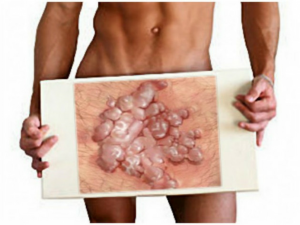 The acute form of chlamydia begins 2-4 weeks after the incubation period. Mycoplasma can detect itself a little later – 3-5 weeks after infection. Gonorrhea and trichomoniasis usually appear much earlier. As a rule, with any genital infections, there is pain, burning, purulent or mucous discharge from the genitals, and sometimes even a small (subfebrile) temperature. Knowing this, some people become wary for a month, and if nothing like this happens to them, then they calm down. And in vain, because in half of the cases, genital infections are asymptomatic or with minor manifestations, which often disappear when the infection becomes chronic. However, these diseases are rarely cured by themselves. The sooner any of the genital infections is detected, the faster and more successfully it will be possible to recover, which, alas, cannot be said about the advanced forms, which are very difficult to get rid of, as well as the complications caused by them. Therefore, it is better not to pull too long with analyzes. To determine the maximum range of possible causative agents of genital infections, you can use a comprehensive laboratory test – DNA of STD pathogens.

Any such provocation can exacerbate existing chronic diseases of the gastrointestinal tract, liver and kidneys. This action will not affect the accuracy of detecting genital infections. From the standpoint of evidence-based medicine, the use of biological, chemical and food provocations in order to increase the efficiency of diagnostics of urogenital trichomoniasis and other STIs is completely inappropriate. In order for the analysis not to deceive, you just need to do it with a suitable method. For example, the Russian Association of Dermatovenereologists recommends using only real-time PCR for this purpose, as the most sensitive, specific and fast diagnostic method. For analysis in women, as a rule, a vaginal scraping or scraping from the cervical canal is taken, in men – a smear from the urethra. Then, by PCR, the DNA of the pathogen is isolated. The analysis will be ready in 1-2 days. The PCR method is excellent for the initial diagnosis of an existing disease; to use it for control after treatment, you need to understand the essence of the method. Antibiotics kill the STI pathogen, but its DNA (genetic material) can remain in the epithelial cells of the urogenital tract for a couple of weeks. Therefore, it is impossible to do a control analysis early after the end of the course of treatment, since the possibility of obtaining a false-positive result is not excluded. You need to pause before taking the test: at least 3 weeks after taking the last pill.