The position of an ostrich hiding its head in the sand will not help protect oneself from HIV infection, which is spreading at a tremendous speed in Russia today. To keep yourself healthy, you need to take precautions, as well as be regularly examined. At least once a year.

Not long ago, the word “HIV” sounded like a death sentence. The maximum that patients with an established diagnosis could count on was 10-15 years. 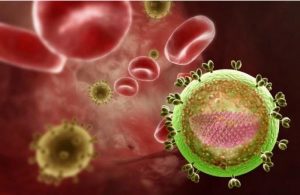 The first HIV-infected person in Russia was recorded in 1987. Since then, the army of such patients has grown unthinkable. And today more than a million of them are registered in our country. More than half of those infected in 2018 are ordinary people who acquired HIV during heterosexual intercourse.

The human immunodeficiency virus spreads through blood and any biological fluids (semen, vaginal secretions, human milk), therefore it can be transmitted through unprotected sex, the use of non-sterile syringes and other medical instruments. And also during childbirth and breastfeeding.

“But you have AIDS. And that means we will die “?

HIV attacks the cells of the immune system, which makes the body lose its ability to fight any infections. When the extreme stage of the disease, AIDS, develops, secondary diseases appear against its background, for example, pneumonia, fungal infections, tuberculosis, and others, which become the causes of death in patients.

But today, despite the fact that HIV infection is still considered deadly, it still managed to be transferred to the category of chronic diseases amenable to drug control. Modern treatment does not completely kill the virus, but suppresses its reproduction in the body.

If a patient receives special antiretroviral therapy (although such drugs need to be taken continuously, without interruption), then he can live a normal, long and happy life. Patients with HIV can give birth to healthy children, because thanks to modern medicine, in most cases, it is possible to avoid infection of the child from the mother. In addition, numerous medical studies are underway to find new ways to treat this disease. For example, there are already at least two cases of successful HIV cure associated with bone marrow transplant due to another disease from a healthy donor. The hopes of the whole world are connected with gene editing (it is known that 1% of Caucasians have a gene for natural immunity to HIV). And, perhaps, in a few years, scientists will be able to rid the world of this terrible threat.

Check – and live in peace

But in order to live long, even if you are infected with HIV, it is important to start therapy on time. However, it is not so easy to identify the disease, because sometimes it proceeds in an erased form. And the acute form of infection is often skillfully disguised as influenza. Therefore, it is better to simply get tested regularly, especially if there has recently been a suspicious episode (unprotected sex, contact with blood, manipulation of medical and cosmetic instruments). It is especially 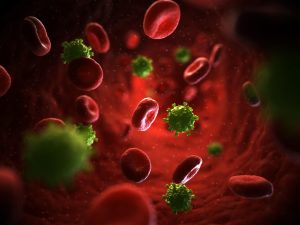 necessary to conduct a study if there are alarming symptoms – for example, if the subfebrile temperature does not decrease for more than 2-3 weeks, diarrhea and night sweats do not go away, and also if there is a sharp weight loss or lymph nodes have enlarged. Or if any infections (herpes, pneumonia, toxoplasmosis and others) are constantly exacerbated, as well as when any genital infections are detected (they often accompany HIV). It is imperative for healthcare professionals to check blood for this infection if accidentally cut or pricked with an instrument containing infected blood. In addition, an HIV test must be done during and during pregnancy planning, as well as during clinical examination, before hospitalization and surgery.

For diagnosis, an analysis is usually used to determine the determination of antibodies to HIV in the blood. This inexpensive test is as sensitive as possible. And upon receipt of the primary “non-negative” result, “the laboratory sends the patient’s test tube for confirmatory tests (immune, linear blot) to the AIDS center.

It must be remembered that in extremely rare cases (hundredths of a percent) you can get a false positive test result (this is due to the peculiarities of the test system and the patient’s individual immune response). Therefore, the analysis result is not a diagnosis! Upon receiving a positive result for HIV, the patient is sent to the regional AIDS center for a second full examination, and only after that a diagnosis can be established and treatment prescribed.

Available. The fact is that there is a so-called “serological window” period, when the virus already lives in the body and can be detected by PCR in the blood, in the HIV RNA test, and antibodies in the blood have not yet been formed. Therefore, it is important to repeat the test for HIV https://en.wikipedia.org/wiki/HIV antibodies 3, 6 and 9 months after a possible episode of infection. Or supplement the examination with an HIV RNA test (by PCR).